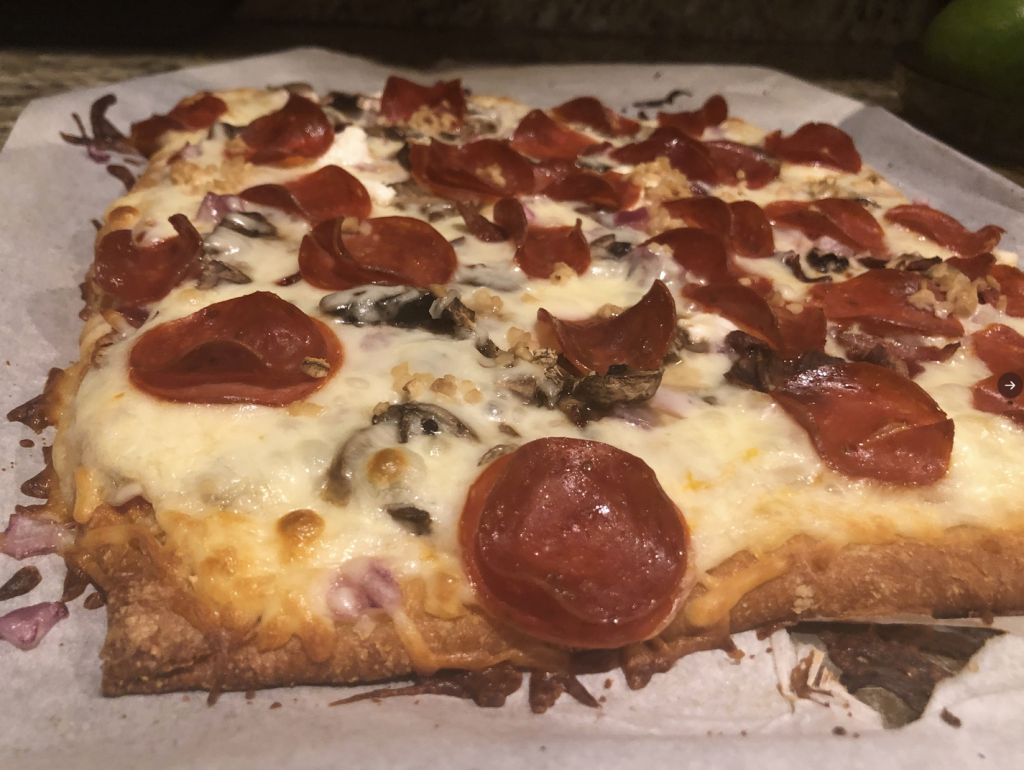 These have recipes I’ve personally done, most more than once and on a regular basis. Most of these I experiment with a little but have followed the recipes at least once.

…but I got bolder! I experimented with the same general recipe but using #keto “Fat Head Dough” to make the biscuits.

Verdict: The recipe is average, but not like how my mother made it. I made it again but with “Fathead Dough” and it came out much closer to what I thought was Monkey Bread. Either way expect to probably eat Keto Monkey Bread with a fork and not just “pluck it off with your hands”.

There are MANY recipes. This is the one I used the most.

This one is tough. I got the recipe from a book. I only have this photo. But all pizza is (1) Make “Fat Head Dough” (2) Roll it flat (3) Still it in the oven for 8-10 minutes until it gets a little golden (4) Take it out of the over, add your toppings, and put it back into the oven until the cheese melts and bubbles a little.

Got a little crazy with #Keto baking and did enough low carb cinnamon rolls to sink a (sugar free) ship. Recipe: https://t.co/rhA0X7ToI0 pic.twitter.com/ePI4TU8jRT

My favorite Keto food I think. These taste close to the real thing. Recipe: LowCarbYoum.com