We recently just announced our 8th WordCamp Miami, scheduled for February 19th-21st 2016. We moved the event back to earlier in the year (we kept sliding later and later into the year – and many people loved it before when they could escape their cold homes and come down to Florida).

I usually write a followup post about the previous WordCamps, but my summer schedule was slammed. I wanted to showcase some of the highlights from WordCamp Miami 2015 and also shine a light on people that helped out. I’m not talking about the wonderful organizers or volunteers (if i was, this article wouldn’t be talking about anyone else and it would be huge… every organizer and volunteer rocked WCMIA 2015 but for the sake of giving others a fair chance let’s go past that) but BESIDES THEM some people TRULY really stepped up. And that’s cool, because mostly it’s people that came from great distances. Also a note that it’s not just me highlighting events and people, but many of these were backed up by our post-event feedback. 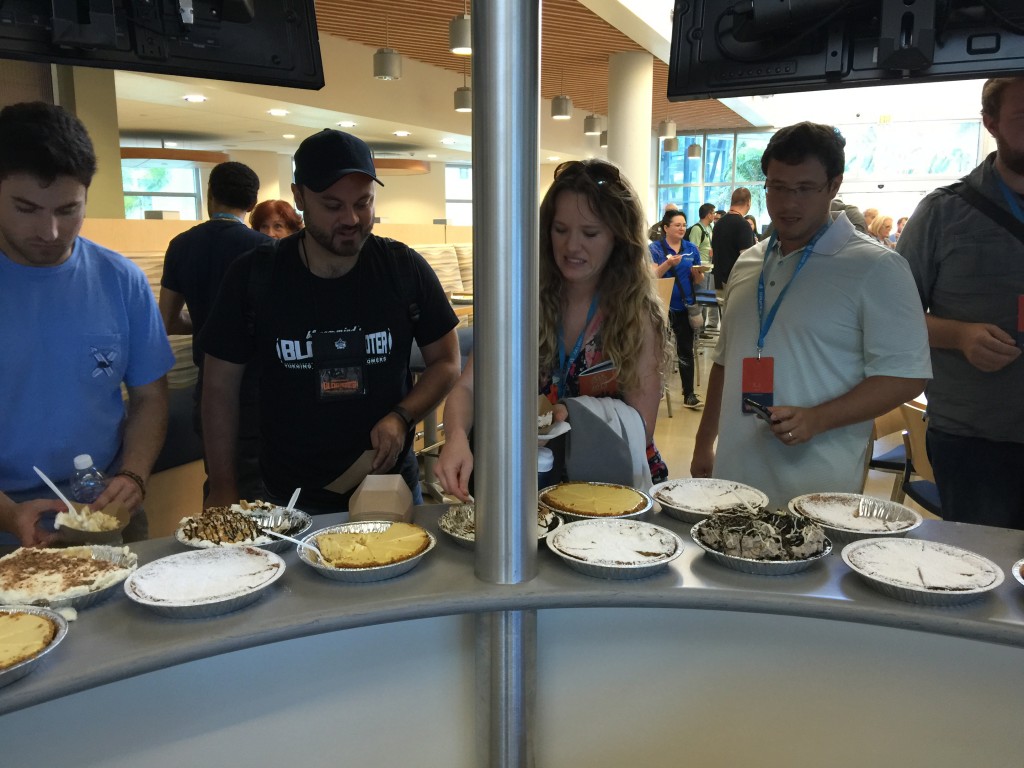 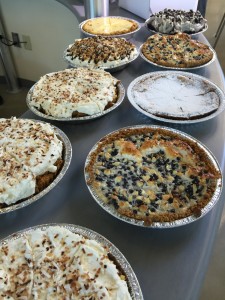 Oh god… the pie. WordCamp Miami has always been known for it’s food but thanks to Justin Sainton we had a break on Saturday afternoon and the pies were there for the taking. Justin approached WCMIA with the idea – and the offer to pay for the majority of the sweet, sweet sugar containers.

The attention and the feedback afterwards rivals our traditional ice cream social – so that’s high praises right there.

So thanks to Justin for a great idea and (depending on how our budget goes this year) might be a standard of a new tradition. 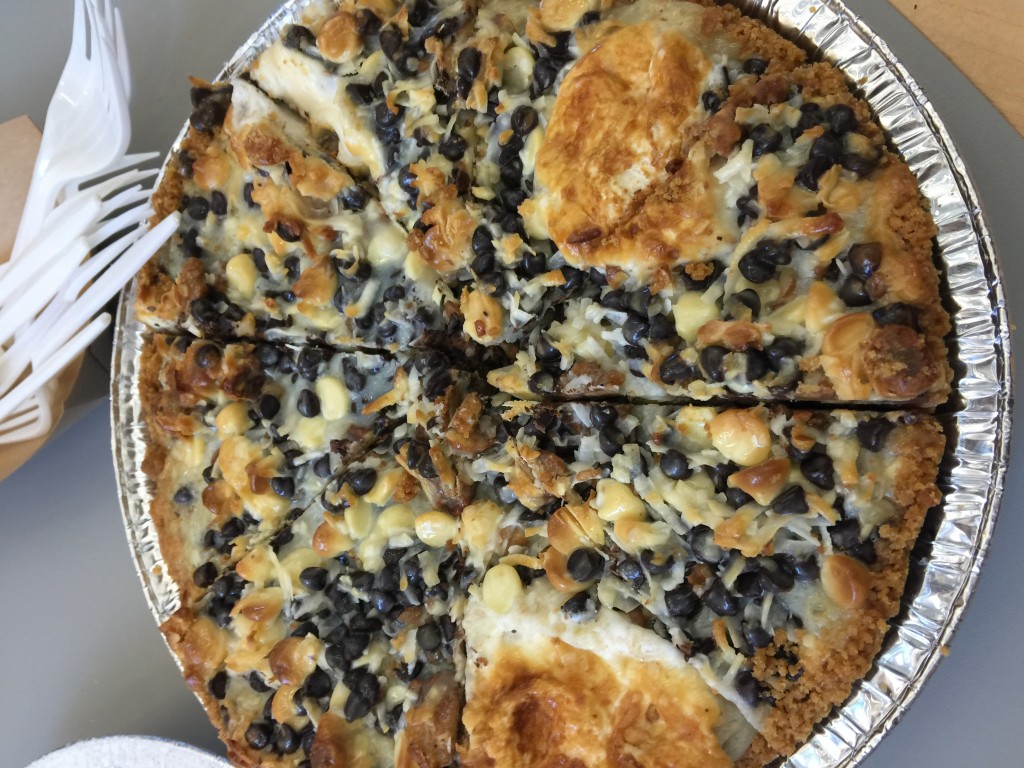 A highlight of WCMIA – according to our feedback – was not really an event itself but our badges. If you attended WordCamps before and attended WCMIA 2015 this year, you notice that the custom badges we had were different that we’ve had in years past. They were made of a material that you would commonly see in outdoor signage… it was actually was the result of quite a bit of experimentation from a local set of printers. They were practically indestructible and water proof. 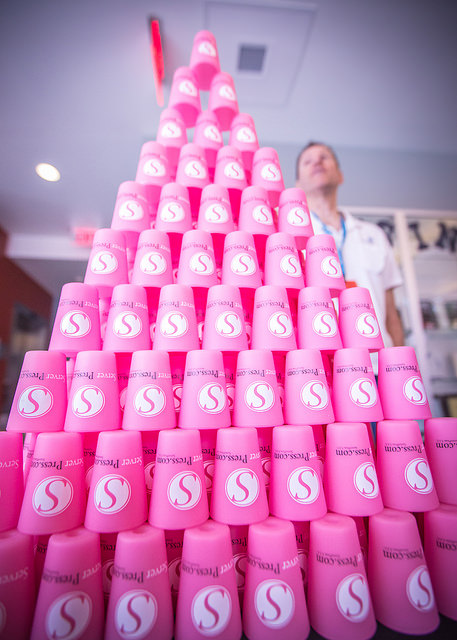 All of our sponsors should be greatly thanked for their support of WordCamp Miami. ServerPress though came through in a way that wasn’t talked about in any official or public way. Leaving some details out – WCMIA had a last minute LARGE addition to it’s budget and if it wasn’t for ServerPress and Marc Benzakein it would have been more of a headache for the planning committee. ServerPress isn’t like those big huge companies that can throw out money for any sponsorships – and someone like me (a freelancer) can really appreciate that. So thanks to them and Marc. Also Marc was able to give a great presentation at our pre-WordCamp party on that Thursday night about how to get the most from WordCamps. 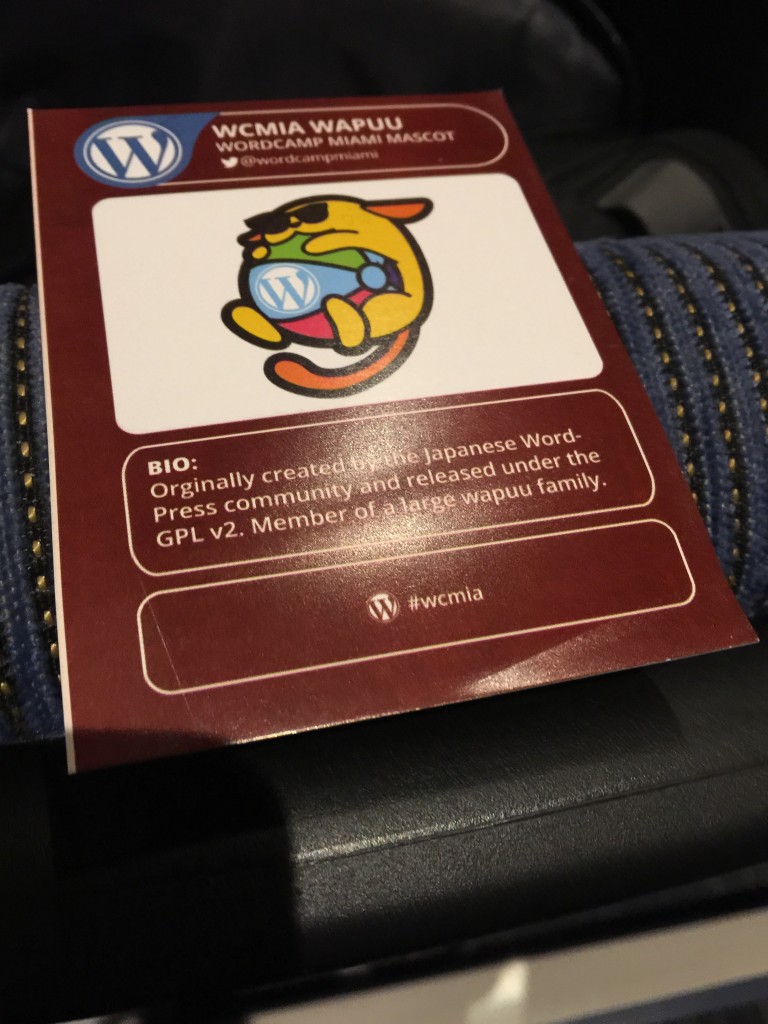 Once again we got some great feedback about the WordCamp Miami speaker cards, a tradition we started back in 2013. They started off of as a way to encourage attendees to meet new people and network (prizes would depend on people having collected certain cards), but we have had people over the years treat them as business cards from the speakers too. For 2016, i’m hoping to see if there’s a way we can make this more interesting (suggestions are welcome – just ping me on Twitter). 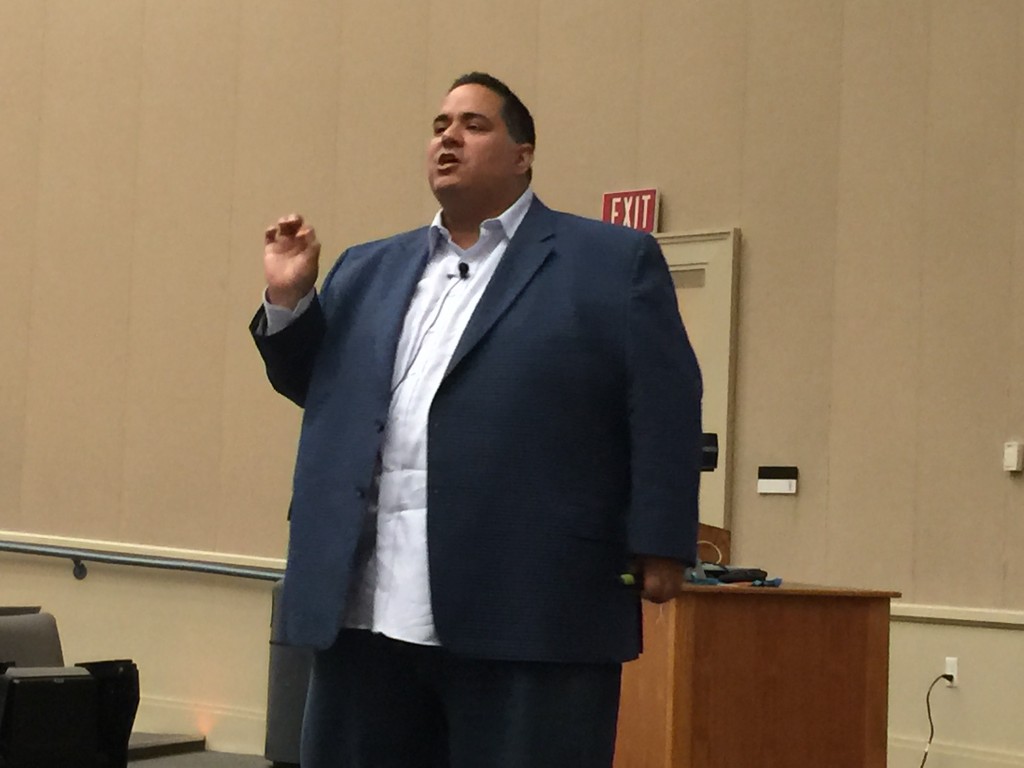 Chris Lema has always been a great supporter of WordCamp Miami, but credit to him for giving two presentations on that weekend. But even bigger thanks to Crowd Favorite (which Chris also works at) by being the primary sponsor for our Ice Cream social on Sunday – we even had a poll for the most popular ice cream flavors. This ice cream isn’t normal ice cream – it’s from Chill’n and is Nitrogen frozen cream… the website explains the process and what makes this superior to the stuff you buy in the store… but trust me in that it’s pretty much the Lexus (or BMW?) of ice creams. It’s gotten to the point where people ask us if we’re still doing our ice cream socials on Sunday when they purchase their tickets. I don’t think we’ll be doing anything different for Sunday treats anytime soon.

Biggest and Best Workshops Ever 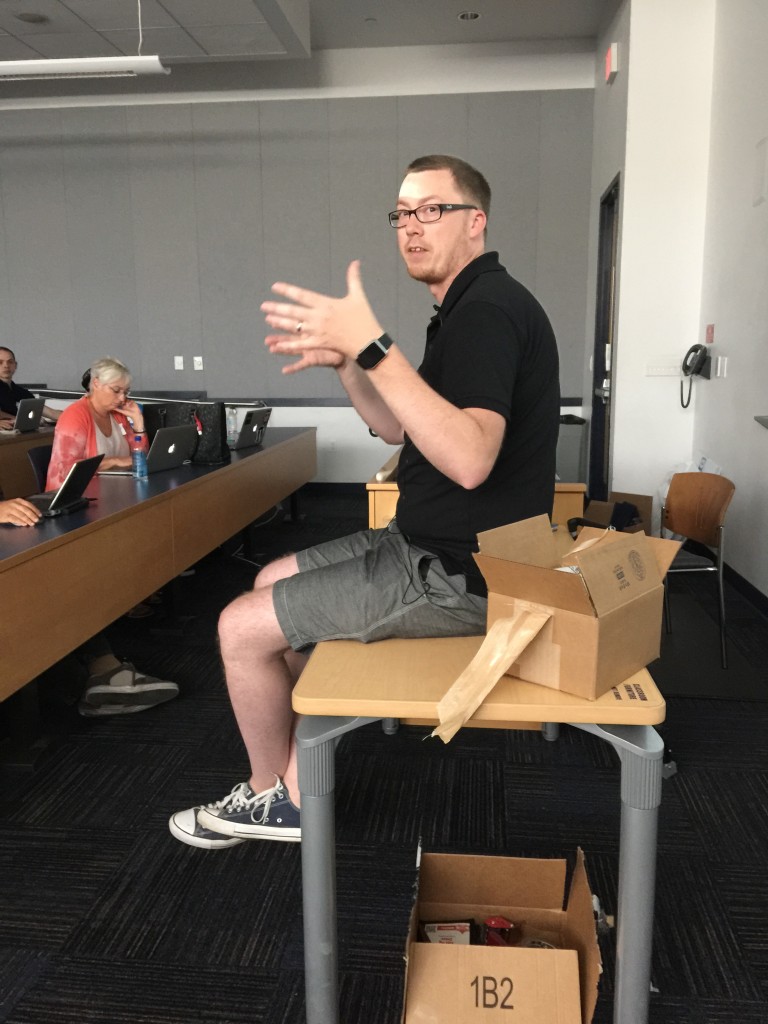 WordCamp Miami has been a three day event for some time, but we grew to a point where we had our first three workshop day on the Friday before the main weekend. Check the schedule to know about everyone involved. And while it’s somewhat unfair in my mind to call out specfic people – everyone was appreciated – but some of our longest supporters we also present and deserve a mention. Thanks to SiteGround for helping out with the beginner’s workshop and thanks to John James Jacoby for his always constant support of BuddyCamp. I’m also proud to say our front-end developers workshop had very high marks from our post-event feedback and was the first workshop to sell out. 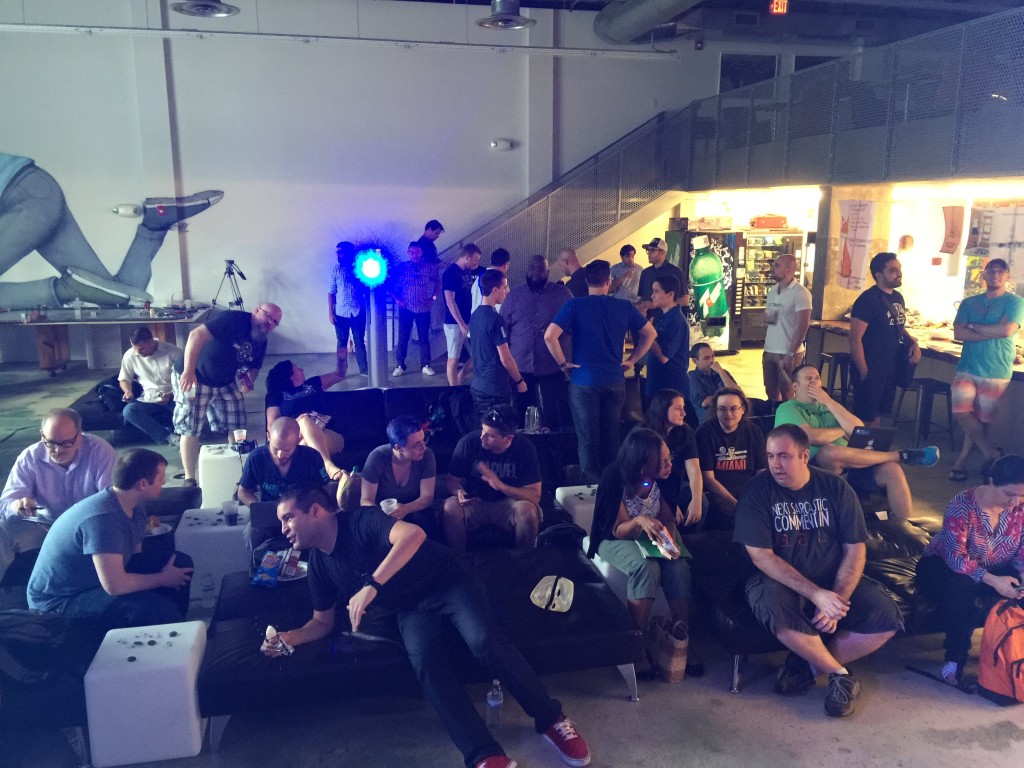 We also got good feedback from the approximately 100 people who managed to make it to Miami Ad School. While enjoying the food, half of us watched or participated in some soccer matches. We want to thank Miami Ad School for the space (for free!) and allowing us to make lots of noise. 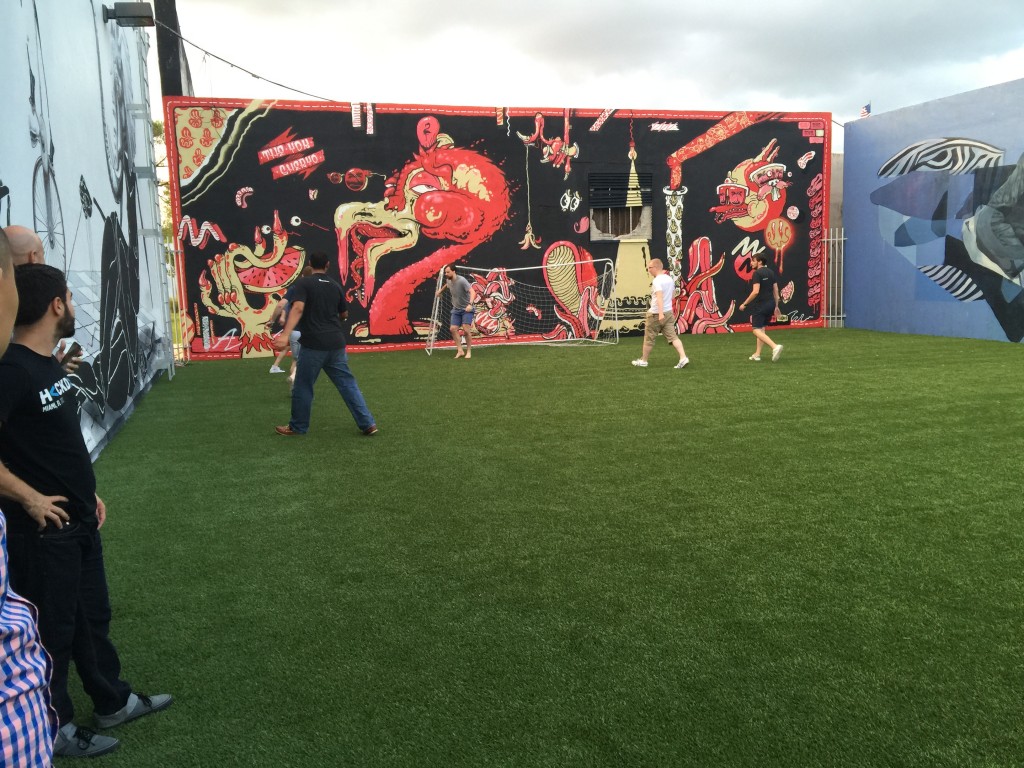 It wouldn’t be a good list without mentioning FIU and the various people that worked with us. We had to quickly get our heads wrapped around a new venue like FIU, and we are working together now for a better experience in Feb 2016. 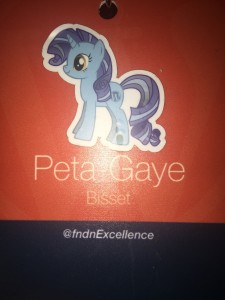 As i feared, i always tend to leave people out so I wanted to quickly mention two people not officially part of the organization/volunteer collective that helped us out:

Michelle Schulp helped out with creating My Little Pony stickers (to my knowledge the first MLP stickers at a WordCamp). You can see a picture of the sticker on my wife’s badge above.

Pascal Depuhl is a local photographer, filmmaker and marketer. He also teaches photographers how to transition from still photography into shooting video. He had a WordCamp Miami “photo booth” setup at the event where many took advantage of allowing him to record and produce a brief video of them. It was impressive, and we are planning on bringing that back to the next WordCamp Miami in a bigger and better way.