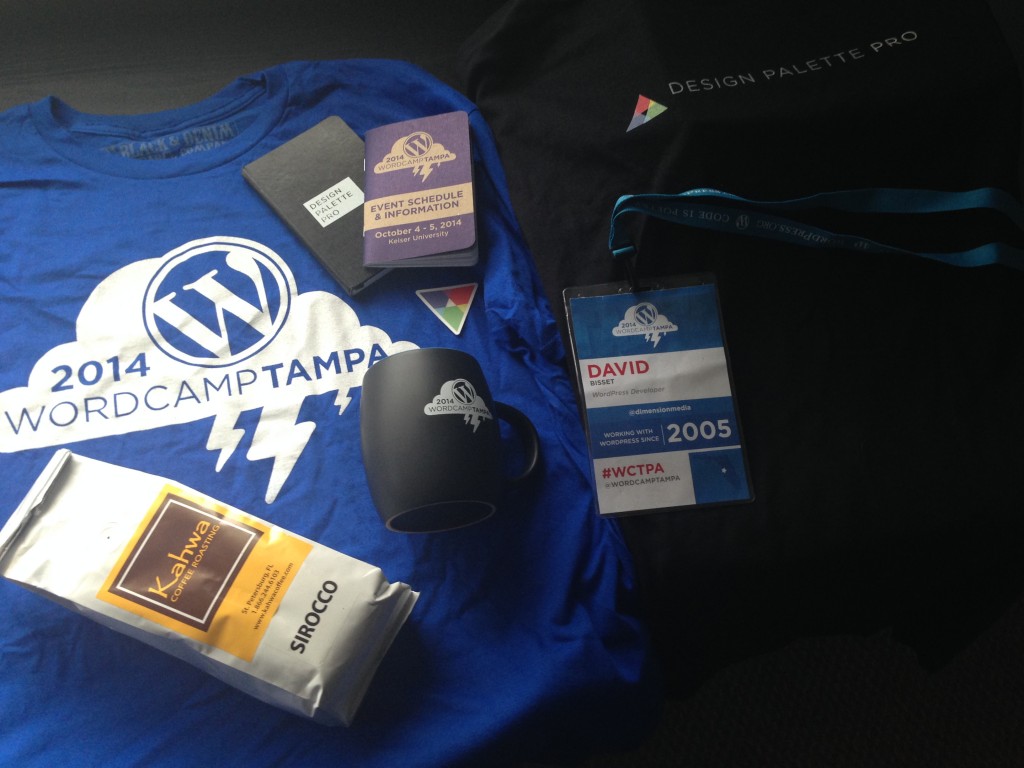 This weekend i attended the inaugural WordCamp Tampa. As an attendee and a speaker, I had a fantastic time. I know several others have written (or in the process of writing) recaps of the weekend but I wanted to briefly give my spin of things through the eyes of a WordCamp organizer. I’m in no way an expert on running WordCamps, but since i was there and attending an inaugural WordCamp is a “unicorn event” for a WordCamp organizer, I couldn’t pass up the chance to put some of my thoughts in writing. 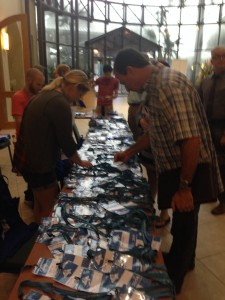 I liked how WCTPA didn’t try to go “too big” for their first event. Understandably recognizing that the first WordCamp you do is really a trial run for the SECOND (what I like to call “the first real one”) WordCamp, they kept attendance in the mid-200s. They had a good ratio of people who signed up and showed up vs. people who didn’t (i’m open to correction, but it looked like there was only about 15 badges not claimed by Sunday). I truly believe that the average attendee gets a difference experience from WordCamps that have 0-300 attendees, 300-600, and 600+ (I speak from experience that from an organizer’s perspective each of these levels is another difficultly level of organization). I liked the fact that it was a two-day conference with two-tracks. This combined with the 200+ people really gave WCTPA a nice feel – rarely was it noisy at the venue, and you had the chance to talk on a personal level with the majority of people you wanted to talk to. It was a great size and I think fit well with Miami and Orlando’s upcoming conference (in December).

Great food. Nothing fancy, which was fine. Options were simple and the lunch line seemed to serve the lunch crowd in about 10 minutes. They took into consideration those with vegan and gluton-free diets, which is a plus in my book (this is not something every WordCamp automatically does).

I’m a bit biased here since I was a speaker (spoke on Saturday) but from what i saw I thought overall the speakers were excellent choices and covered a range I like to see in WordCamps. Meaning that I saw people (mostly local) that I never heard from before… and I saw people whom I was very familiar with. But i’m not the real demographic. WordCamps are local events, and by the looks and smiles on people’s faces about 95% of those local attendees appreciated Chris Lema and Syed Balkhi as they did any other speaker – everyone was fresh and new to them.

That being said, there were a few minor wrinkles I saw and heard from a few other attendees. But take it from a WordCamp organizer – you aren’t going please everyone when it comes to topics. The best thing you can do is set expectations so that the attendees know not only WHO is speaking on WHAT, but also who the talk is directed to (if it’s a talk in the development track, is it for advanced or beginning coders?). “Inspirational” talks are also difficult to convey properly to attendees before-hand – in fact, they are probably one of the most difficult types of talks to balance (as an organizer) at a WordCamp event.

Unfortunately there were technical issues with video and the livestream. These areas WordCamp Miami is *STILL* working on, so can’t be negative here. WCTPA was using new GoPro cameras, which is something i was very interested in and perhaps something WordCamp Miami will use in 2015.

BTW, the speaker dinner was very well done. It was in a restaurant but in a private room in the back. So a wide selection of food and focus on the speakers getting to know each other. WCTPA kept to the basics, and it paid off for everyone there.

For a first-time WordCamp, I must say I was impressed with the amount of happy cheerful volunteers that helped out on both days. Everything seemed to be well-organized. I feel like WordCamp Miami really didn’t hit it’s volunteer stride until our fourth event in 2013 (with last April – our fifth WordCamp Miami – being an extremely well-supported event). WCTPA seemed to do be at that level already.

Overall, It Was A Wonderful Birth

And in case you are wondering, these are my honest and off the cuff remarks. WCTPA was not perfect – there are things they’ll be working on (both technical and not-so-technical). No WordCamp is perfect, so I won’t pretend to say everything was completely roses. But I know enough about Andrew Norcross and the other organizers that they appreciate real, honest-to-goodness feedback. I’ll let the WCTPA organizers communicate back their feedback once they gathered it all and reviewed it (I just filled out the post-WordCamp survey today).

See you next year in Tampa.